Solar Off Grid - Off Grid Living
0 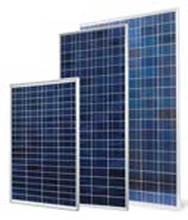 The choices for off grid solar installations have improved significantly over the past few years.


When we first started out living off the grid was nearly unheard of. There are still many challenges but doing what we have done in today’s world means better renewable energy equipment and thankfully much better communication equipment.

I hate to admit it, but big business has helped spur on this revolution in quality and pricing of solar panels, wind generators, inverters and batteries.


Today it is possible to buy or build a solar panel that is nearly twice as efficient and half of the price (stated in $ per watt of power output). Thank you to all of those hard working people who have worked to make solar panels affordable. Choosing this lifestyle in general is much more cost effective now.

Wind generators have made the same amazing advances. Better, stronger materials and constant testing has made them much better and life more comfortable. Some of these new wind machines are so quiet you don’t even know they are there. It's such a beautiful sight to see that perfectly tuned blade spinning silently producing power.

Inverters for living off grid have probably improved the most. Now available in higher voltages and higher wattage outputs they allow us to use regular off the shelf AC products available anywhere. Most are cheaper in Price, but we do still prefer DC for lighting because they use less energy and don’t drain the batteries as fast.

Batteries are the heart of any system and we have found that this is the least understood and most often neglected part of any Renewable energy system.

Don't scrimp on the batteries. There have been significant advances in this sector, so take advantage of them.

This used to be fret with hardship. Thankfully those days are gone (remember the 70's?) when long haired types went into the bush and carved out a home with a pocket knife and a piece of aluminum foil, although Jane and I did nearly that using only a chainsaw and a wheelbarrow. Come to think of it, my hair was quite a bit longer back then too, and there was significantly more of it too.

Today, you can live with cell phones, satellite internet, satellite TV and no power grid. Communication has taken leaps Jane and I could not have believed when we first started our dream adventure in 1985. A phone hooked up to my computer? Come on, it doesn't work with the satellite internet yet, but soon we are told Voip technology will be able to do that too.

High speed internet and Satellite TV make it much more comfortable too.

My friend Michael Campbell recently dropped a nugget of wisdom in my head when he said, "build it once and forever reap the benefits." Granted he was talking about his own business, but the similarities are profound.

How right he is. Build that dream of living off grid and make it happen- once !
It took over 10 years for Jane and I to feel comfortable . Today you could practically do it in two months !

Every week we send out a personal newsletter to subscribers showing them exactly how to do just that.

You are a subscriber to our free newsletter right?


For most people solar off grid is the best choice, and you can get started right away with either build it yourself or ready built options.

Off Grid Solar Panels and How To Build Them Cheaply

Solar Rebates: Are They Worth The Time And Effort?

How To Build A Solar Panel for Off Grid Living